How ISO 20022 Will Change the Global Financial Standard

Day-to-day operations of business activities are of intrinsic value to the world’s economy.

Every institution or merchant wants a convenient, low-cost, efficient, and secure payment messaging system for domestic or cross-border transactions.

It is now safe to say that the first introduction of the ISO 20022 model in 2004 is a revolution in the financial industry. It aids domestic and cross-border transactions without the need for a currency bridge. These operations promote limitless expansion and development of the customer base

The highly complex financial services industry has to rely on common global standards to keep functioning, and ISO 20022 is about to become that universal language. This new payment messaging format is designed to simplify and improve the way financial information is processed and exchanged worldwide for more efficient, consistent, and secure results. ISO 20022 is a transformative event for the financial ecosystem, and it’s one that every stakeholder needs to understand before embarking on ISO 20022.

In the coming years, traditional banks, financial institutions, online banks and some corporations will need to move to the highly structured and data-rich ISO 20022 standard.

Impel is currently interviewing candidates for pilot programs throughout the world. Read on to learn more about ISO 20022 and consider your organization’s implementation needs and timing.

ISO 20022 is an international standard for exchanging electronic messages between financial institutions. ISO 20022 was created as a lingua franca (common language) to offer the financial industry a common XML syntax platform for exchanging well-structured, rich data payment instructions, or messages, between local and foreign financial institutions. This business modeling methodology helps merchants in the process of authorization, clearing, and recording of final settlements.

Behind most international money and security transfers today is the Society for Worldwide Interbank Financial Telecommunications (SWIFT) system. SWIFT is a vast messaging network that banks and other financial institutions use to send and receive information, such as money transfer instructions. However, the global payment system currently does not have a single standard for developing these messages.

The fragmented boundaries between systems diminish interoperability at each intersection, create friction, and increase costs for all members. ISO 20022 provides a standardized series of rules and practices to greatly improve local, regional and international payments, with many anticipated benefits for the industry. This global standard isn’t owned by any organization or controlled by a centralized network. Anybody who is into financial technology can embark on this freely without interference from intermediaries.

The ISO 20022 financial standard defines building blocks and design patterns for the development of financial messages through a common platform methodology, process, and repository. This flexible framework allows members of financial communities to define and expand message sets according to an internationally agreed upon business syntax. User communities and message developers will use the same message structure, form, and meaning to relay financial transaction information worldwide.

The messages format of the ISO 20022 (MX) has distinct features compared to the SWIFT (MT) messages. The former uses a standardized XML-based methodology for annotating messages, whereas the latter uses notations peculiar to MT (SWIFT).

Currently, more than 70 countries have adopted ISO 20022, including Switzerland, China, India and Japan. The messaging standard is also being adopted by an increasing number of the world’s payments, clearing, and settlement systems, and it is expected to grow significantly in the years to come.

In the US, the Federal Reserve had initially set a deadline of November 2023 for a transition to the extended payment message format, in line with its implementation by SWIFT and other global money transfer networks. However, the Fed has recently announced that it is postponing the ISO 20022 implementation deadline by two years to March 2025. As well as shifting the deadline, the central bank has also set out a revised testing strategy to help banks to stagger workloads and alleviate resource constraints.

Many real-time, high-value financial systems have already adopted ISO 20022. However, the significance of the shift will continue to unfold over the next few years. Estimates are that as major currencies adopt the new formatting, 80% of global payments by volume will be processed through ISO 20022. Those banks and financial institutions that don’t migrate will eventually and increasingly become incompatible with those using ISO 20022 and, therefore, will be less competitive.

Financial institutions that turn a blind eye to the ISO 20022 will be missing out on the best innovation that would move them out of the competitive zone of fintech.  Big techs with explicit customer user interface (CUI) can expand beyond the payment gateway, so it is essential to migrate as soon as possible.

What are the benefits for banks, financial institutions and corporate entities?

Financial institutions will be able to leverage ISO 20022’s increased interoperability to increase efficiency while reducing costs and exposure to risk. Improved data quality, enhanced straight-through-processing (STP) and reconciliation, and higher automation will enable the development of value-adding ISO 20022-based services and effective fraud-detection methods.

Sending and receiving financial details is critical, not only for bank interoperability, but also for improving client experiences and screening measures. With ISO 20022, financial institutions can screen more readable content and recognize where data starts and ends to assess payments in context. The impact for financial institutions expands beyond payables and receivables to transaction monitoring, client reporting, and many other elements.

How can banks and fintechs access the value of ISO 20022?

A cost-effective alternative to SWIFT, S.E.P.A., and others is readily available to banks and fintechs located in the US (as well as most countries around the world) through the decentralized, enterprise-ready, blockchain-utilized solution provided by Impel.

As a spin-off of the XDC Network, one of the world’s leading third-generation blockchains, Impel’s ISO 20022 API offers banks, FIs, and corporates a quick, efficient, and inexpensive way to upgrade outdated systems over to the new ISO 20022 financial messaging standard, with minimal disruption to their budgets and operations.

Taking traditional payments a step further, Impel adds tremendous value that can be passed onto business customers, specifically a lower operating cost, as well as instant settlement ability 24x7x365 — no more delays overnight, on weekends, or on holidays.

Are digital assets compliant with ISO 20022?

This identifier is the main limitation for the transaction of digital assets, as banks are not able to differentiate between tokens; however, digital assets can be used with Impel's ISO 20022 platform for payments and instant settlement, allowing for more robust options to better suit customer's needs.

The takeaway: Planning for migration sooner, rather than later, is key

When adopted globally on a broad scale, the ISO 20022 standard has the potential to completely transform cross-border financial processes. At present, these processes are mired in delay, high costs and opacity, due to a lack of standardization and a reliance on legacy systems. Widespread adoption will enable ISO 20022 to truly become a universal messaging language to help push new payment technologies forward. Banks, financial institutions, fintechs and corporates need to prepare for this new environment as soon as possible to maximize benefits and access new opportunities.

Impel is currently interviewing candidates for pilot programs throughout the world. The Impel ISO 20022 team will:

With the Impel messaging service, you are guaranteed no charge fee to use the platform — just a low gas fee of $0.00001 or less per transaction, an insignificant cost compared to other backend providers. With the XML format, Impel improves privacy and analytical compliance of metadata to prevent fraud; this will encourage migration globally. 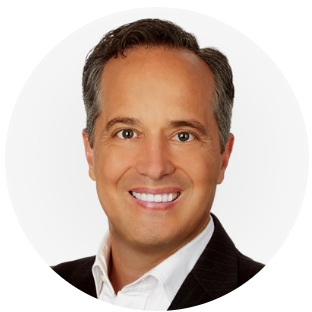